Three Yale students have been named 2020 Wyss Scholars, a program that supports graduate-level education for the next generation of leaders in western land conservation.

The Wyss Foundation, a charitable organization that supports land conservation in the American West, announced Katie Pofahl ’21 M.E.M., James Puerini ’21 M.F. and Quint Doan ’22 J.D./M.E.Sc. are amongst this year’s recipients. They will receive tuition, internships, and post-graduate support as part of the program.

“We are incredibly grateful for the Wyss Foundation’s continued support of our students who work to protect the American West,” said Indy Burke, Carl W. Knobloch, Jr. Dean at the Yale School of Forestry & Environmental Studies (F&ES). “Their support will help launch these three emerging leaders into their careers, where they will be applying what they learned at F&ES to tackle the region’s complex conservation issues.” 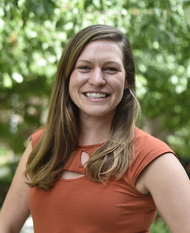 Katie Pofahl
The American West has been a “classroom, church, and home” for Katie Pofahl for more than a decade, stoking her passion for land conservation. After earning her undergraduate degree from the University of Wisconsin in conservation and zoology, she began a career in conservation, becoming a leader in community engagement.

Most recently, Pofahl was the community outreach manager at the Elkhorn Slough Foundation, an accredited land trust in Central California. It was there, she says, her passion for protecting these beautiful landscapes through private land conservation “crystallized.” She had the opportunity to engage with established landowners and local farmworkers, developing innovative programs that engaged a broader community in conservation efforts. She also served for five years as an elected board member of the Monterey Peninsula Regional Park District.

Her “experiences show that private land conservation has the power to catalyze transformative change if we engage parts of the community that have been overlooked,” says Pofahl, who has continued to engage with conservation issues in the American West while at F&ES through the Ucross High Plains Stewardship Initiative. 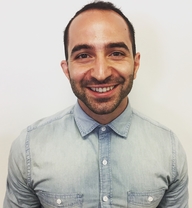 James Puerini
James Puerini, a first-year Master of Forestry student at F&ES, grew up around Oregon’s rural timber country, where he began fighting wildland fires for the Confederated Tribes of Grand Ronde as a teenager to help pay for tuition at the University of Oregon. That experience, he explains, connected his “lifelong interest in the outdoors to land conservation and those directly impacted by land management policies in the American West.”

Puerini took his expertise to Washington, D.C., where he served his home state as an administrative and policy staffer to two U.S. Members of Congress, helping craft laws that protected the same lands where he grew up. He then worked with The Nature Conservancy, where he developed new and innovative programs for conservation partnerships between the organization and small non-profits serving diverse communities.

Similar to Pofahl, Puerini sees a need for diverse voices in the fight to protect land.

“Our partners in the West taught me that those exposed disproportionately to environmental degradation require conservation leaders rooted in place and community,” he said. “Building coalitions across diverse groups showed me those closest to the land hold deep insights about what they need to thrive.” 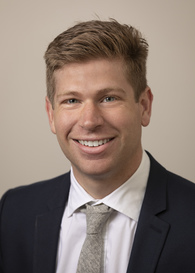 Quint Doan
Quint Doan is a second-year student at Yale Law School (YLS). A graduate of the University of Arizona, Doan has studied natural resources and desert ecology, assisting in research projects that studied rare and endangered species in the American West and the Rocky Mountains.

All of that work, Doan said, was empowered or influenced by environmental statutes — which he felt he “could not fully comprehend… without formal legal training.” While at YLS, he has pursued internships in the West, last summer working with the Department of Ecology at the Office of the Washington State Attorney General. He has worked on projects particularly focused on tribal law, water rights and emissions regulations.

Doan said he applied to YLS in part for the opportunity to pursue interdisciplinary studies with F&ES — an idea that will come to fruition in the fall, when he begins pursuing a dual degree as a member of the Class of 2022.