Preparing for a Global Stage:
Dozens from Yale at COP 24

Courtney Durham ’19 M.E.M. Lysa Uwizeyimana ’20 M.E.M. Franz Hochstrasser ’18 M.E.M. Kelechi Eleanya ’18 M.E.M. Margaret Ferrato ’20 M.E.M.
For more than two decades Susan Biniaz was part of the core team of U.S. negotiators at the annual Conference of the Parties (COP) to the United Nations Framework Convention on Climate Change. At COP 24, which will begin this week in Katowice, Poland, she will wear a couple of new hats — including one for Yale.

Biniaz, who is now a visiting lecturer at the Yale School of Forestry & Environmental Studies (F&ES) — and who next semester will lecture at Yale Law School — is among more than 40 representatives from Yale attending the global conference. 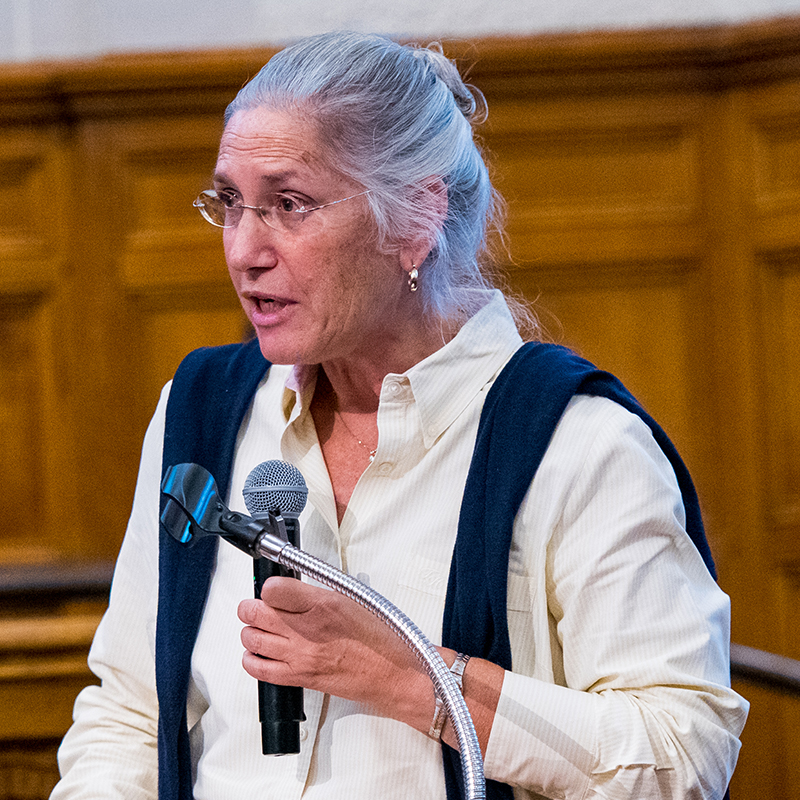 Susan Biniaz
That includes 32 F&ES students who will perform a wide range of duties; they’ll serve on national delegation teams —  including for Brazil, Nigeria, Hungary, and Costa Rica — represent NGOs, and assist the United Nations Development Programme. Other Yale participants will include undergraduate students and a group from Data-Driven Yale, a project working at the intersection of data science and policy.

Biniaz, the former lead climate lawyer for the U.S. State Department’s Legal Adviser’s Office, says two critical strands will emerge during COP 24. One is technical: completion of the so-called ‘Paris rulebook,’ which essentially means resolving outstanding issues in the historic Paris Agreement passed in 2015. The other, she said, is the discussion of potential commitments global leaders are prepared make — particularly in light of a dire UN climate report and the recent California summit on the role of non-state actors.

“Many countries and civil society groups will be looking to the COP to say something enthusiastic and to commit to at the very least consideration of further action,” said Biniaz, who is also a Senior Fellow at Yale’s Jackson Institute for Global Affairs.

This semester, Biniaz taught two courses that prepared Yale students for the complexities of climate negotiations. Earlier this month, as part of one of the courses, she led a mock negotiation that enabled students — including many who will be in Poland — to engage in the kinds of complex discussions that are common at these summits and to utilize some of the negotiating tools commonly used by global leaders.

Specifically, she challenged them to negotiate a statement on climate commitments from G20 leaders, forcing them to find common ground among “national” teams with divergent priorities and goals.

“They did a very good job — it was inspiring,” Biniaz said. “They had interesting ideas and were able to come up with proposed compromises. I was impressed.”

For many of them, now comes exposure to the real deal. Here’s what a few F&ES students will be doing at COP 24: 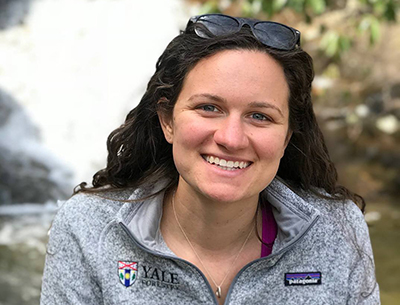 “At COP 24, I will be on the delegation from Tonga, a small island developing state (SIDS) in the Pacific. Tonga is especially susceptible to climate change impacts as rising tides and changing weather patterns are already a daily fact of life. They’re particularly interested in seeing high ambition from parties to the Paris Agreement and have taken steps to set impressive climate goals domestically, even though their own emissions are negligible.

“In Poland, I will be tracking negotiations between Parties regarding transparency (e.g. what emissions information needs to be shared for international review) and ambition (e.g. how to ensure that parties continue to put their best foot forward with their climate action at home). I’ll also be focusing on the ocean-climate nexus and carbon pricing.” 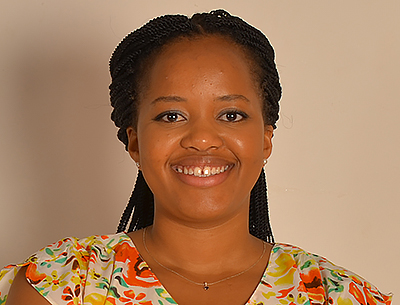 “At COP 24, I will be the youngest member of the national delegation for the Republic of Rwanda. Though a low-emission country, Rwanda is highly vulnerable to climate change as it depends on rain-fed agriculture for rural livelihoods and exports. The Rwandan government is encouraging parties to ratify the Kigali Amendment, a 2015 amendment to the Montreal protocol that promotes a global phase-out of hydrofluorocarbons (HFCs) — a group of industrial chemicals used for cooling and refrigeration and a powerful greenhouse gas — and to ‘forge transparent technology and financing mechanisms for climate change.’ My role will be to support the delegation by providing additional support during the negotiations and achieving Rwanda’s long-term goal of boosting capacity building. 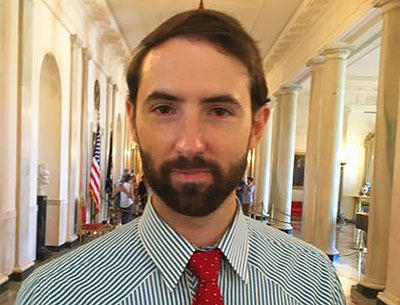 “I will represent Yale University, including the Tsai Center for Innovative Thinking at Yale, the Yale Program on Climate Change Communications, and the Yale Center for Environmental Law and Policy. I will be volunteering in support of the negotiating teams of the Climate Action Network International, a global group of 1,200 non-profit and advocacy organizations that work across a broad network to push for ambitious and meaningful climate policy and action across the global regime. I'll also be advancing the sustainable finance approaches that my start-up business, Raise Green, is working on, and sharing the model of community-level renewable energy project finance that we are demonstrating with New Haven Community Solar.

“My research and professional efforts are focused on helping to mobilize the necissary capital to help deploy climate solutions commensurate with the scale and pace of the problem. There is roughly a $1 trillion per year financing gap between what is currently flowing to clean energy and energy efficiency, and what is needed to meet the objectives of the Paris Agreement (to stay well below 2 degrees C warming). Closing this gap and moving toward a low-greenhouse gas emissions economy is a critical imperative from an economic, ethical, and environmental perspective.

“I am hopeful that we can land the guidelines and methodologies that will allow for the more rapid implementation of the Paris Agreement, known as the ‘Paris Rulebook.’ The certainty that agreeing to this rulebook will bring to the international process will be helpful in encouraging countries, subnational and non-state actors to further enhance the ambition of their climate targets, and spur more aggressive climate action. Simultaneously, I’m hopeful that by sharing our new approach to financing clean energy and climate solution projects we can help make good connections and accelerate the human response to anthropogenic climate change.” 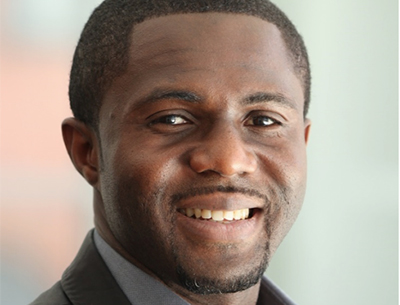 “I will be attending COP 24 as a delegate for the Federal Republic of Nigeria, one of the largest economies in Africa. With her current commitment and signing the Circular Economy Pact, Nigeria is strengthening efforts towards addressing the multiple impacts of climate change and will be hosting more than 30 side events at COP 24. I will assist the delegation to capture key opportunities and insights from selected side events and develop a report and road map for future action. Also, Nigeria is working on developing Key Performance Indicators for a low carbon economy and this really interests me.

“In addition to this, my participation at the COP will be vital to engaging with International organizations and partners on a current regreening initiative for Northern Nigeria that I have been working on through the EverGreening Global Alliance. I am looking forward to successful adoption of innovative ideas to increase climate action in my region.” 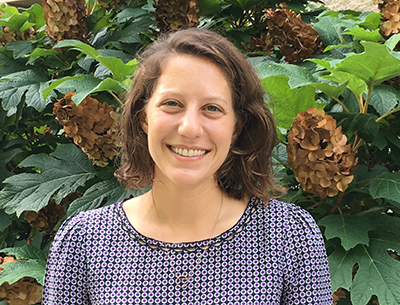 “I will be attending COP 24 with Georgetown University and the Center for Climate and Energy Solutions (C2ES), a Washington, D.C.-based think tank. I have been following the climate negotiations from afar since the historic Paris agreement, and I’m trilled to have the opportunity to attend the COP this year.
“The ‘rulebook’ under consideration in Poland will determine whether the Paris accord represents meaningful progress or another false start on climate change. During the COP, I'll be supporting C2ES by tracking negotiators' progress on transparency and reporting guidelines, as well as assisting with events the think tank is hosting on the sidelines of the COP. I also hope to explore the role of subnational actors at the conference and the ways that they are contributing to national climate commitments.
“Research NGOs play a critical role in holding countries accountable and interpreting the technicalities of the COP for the public. My work will bridge the gap between country negotiators and civil society, shedding a light on the implementation of the Paris Agreement.”