On Wednesday, a group of current and former CEOs will join the online Yale Business Sustainability Summit to discuss the role of corporations in achieving a more sustainable future. In advance of the event, we talked with Daniel Esty, professor of environmental law and policy at Yale and co-organizer of the event, about how the role of business has changed over the past five decades.

By Kevin Dennehy
Last summer, the Business Roundtable, an association of U.S. chief executive officers, issued a bold statement redefining the purpose of a corporation. Rather than simply focus on the benefits of shareholders, the statement read, companies should also consider the interests of their employees, customers, suppliers and communities — and should include sustainable practices that protect the environment.

This statement reflects a shift in the corporate sector that has slowly evolved in the decades since the first Earth Day, in 1970, says Daniel Esty, professor of environmental law and policy at the Yale School of Forestry & Environmental Studies and Yale Law School.

As we approach the 50th anniversary of Earth Day, the Yale Business Sustainability Summit will explore the business-sustainability relationship.

This shift in corporate focus will be the topic of the Yale Business Sustainability Summit: Earth Day @ 50 on Wednesday, April 15 at 10 a.m. ET. During the two-hour event, a “roundtable” of current and former CEOs and other thought-leaders will discuss the evolving role of business in addressing society’s sustainability challenges.

The online event, which can be accessed via Zoom, is hosted by Esty and Jeffrey Sonnenfeld, Lester Crown Professor in the Practice of Management at the Yale School of Management. Register here

This week, we talked with Esty about the role corporations have played in achieving a more sustainable economy and the opportunities for companies to advance sustainability over the next 50 years.

In your work, you’ve made the case that sustainable business practices and a healthy bottom line do not have to be mutually exclusive. In fact, you argue that responsible environmental practices are good for business performance. How so?


Daniel Esty: My research over 20 years, during which time I have studied the corporate sustainability efforts of hundreds of companies, suggests that those who bring a systematic approach to environmental issues and make sustainability a core element of their day-to-day business strategy outperform their competition. As I spell out in my book, “Green to Gold,” companies that are strategic in their approach to energy and environmental issues often find ways to cut costs, reduce risks, drive growth (both top-line revenues and bottom-line profits), and deliver enhanced intangible value — including strengthened customer loyalty, brand identify, and the ability to attract and retain high-end knowledge workers.

What role have corporations played in advancing the sustainability agenda over the past 50 years?


Esty: Looking back over the past 50 years, companies have gone through a cycle in their approach to society’s environmental needs and the emerging sustainability agenda. Fifty years ago, many companies saw the pressure for higher environmental standards as a burden and an annoyance — and they fought the push for new environmental laws. By the early 1980s, many corporations had come to accept that they had a responsibility to society to manage their waste and control their emissions. 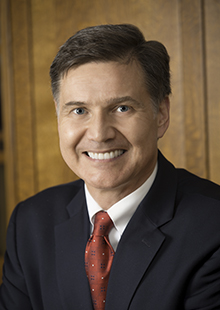 Daniel Esty
Beginning about 30 years ago, many large companies (and some smaller ones) had developed compliance teams and environmental management strategies — and had become quite proficient in tracking the requirements of laws such as the Clean Air Act and the Clean Water Act. Beginning about 20 years ago, some companies began to see an opportunity to go “beyond compliance” and to use environmental strategies as a way to differentiate themselves in the marketplace.

In the past decade, a large number of businesses have come to recognize that energy and environmental initiatives help to spur innovation, create value, and build competitive advantage. Not that every company is a positive force for a sustainable society, but many now seek to deliver solutions not only in response to their own pollution and natural resource management challenges, but to those of their customers as well.

Last August, the Business Roundtable published a statement that reframed the principles of “the role of a corporation” which included a stronger commitment to serve all members of the community and to protect the environment. What factors have driven this shift in corporate responsibility?


Esty: We have seen in the last few years, a strong shift away from what might have been called “shareholder primacy” and the idea (often attributed to University of Chicago economist Milton Friedman) that the purpose of a corporation should be centered on profit maximization and the best possible returns to shareholders. The Business Roundtable made it clear that in the 21st century, companies should take a broader view — and while continuing to produce attractive returns for their shareholders also be attentive to the needs of other “stakeholders” including customers, employees, suppliers, and the communities in which they operate. I have argued in a similar vein in the recently released volume, “A Better Planet,” that we are approaching an “end of externalities” in the business world.

This shift in core values will mean that any company with a business model that depends on imposing harms on society — whether that is pollution up a smokestack, under-paying for natural resources like water, or under-providing for their workers — must expect to be called upon in the next few years to stop their harm-causing behavior or to pay fully for these harms.

How widespread do you think these principles are in actual practice today?


Esty: I think that the stakeholder vision of corporate purpose is rapidly gaining traction. In January, for example, Larry Fink, the CEO of BlackRock, the world’s largest investment manager, declared in a letter to the CEOs of the companies in which BlackRock holds shares that they needed to take action to address critical sustainability issues, such as climate change, and to shift their focus from short-term profitability to “long-term value.”

In a recent episode of the Yale Environmental Dialogue podcast, Daniel Esty and Jeff Sonnenfeld discussed how businesses have become leaders in sustainability and how creativity and innovation can be further unleashed. Listen
Likewise, a growing number of mainstream investors — not just “impact” or self-identified socially responsible investors — have begun to demand better alignment between the companies in their stock portfolios and their personal values. Thus, there has been a very rapid increase in interest in Environmental/Social/Governance (ESG) metrics so that these investors can better determine which companies are addressing climate change, reducing air and water pollution, improving the diversity of their workforce and management teams, taking seriously the challenge of inequality, practicing good corporate governance, and making progress on a range of other sustainability issues.

Of course, as Todd Cort and I documented in 2016 [“Corporate Sustainability Metrics: What Investors Need and Don’t Get,” Journal of Environmental Investing] there are still real challenges in getting all companies to move toward sustainable business models. And The New York Times recently reported that a number of companies that had promised to support a “gentler capitalism” have fallen back from that pledge in the face of the Covid-19 crisis.

You have an impressive group of business leaders participating in this summit. Are there any innovations developed by any of these participants that illustrate the advances that have been achieved or the way business is done?


Esty: We have a truly wonderful set of corporate sustainability leaders who represent a wide range of breakthrough practices supporting a sustainable future. Alan Jope, the new CEO of Unilever, leads a company that has put sustainability at the core of its value proposition in the marketplace through an emphasis on “Sustainable Living,” which is an innovative commitment to help all of Unilever’s customers to achieve greater sustainability in their own lives and business practices.
We will also be hearing from Steve Voorhees, CEO of WestRock, a packaging company that has a “closed loop” business model that will advance a circular economy by offering its customers packaging that is reusable, recyclable, or compostable.

I also want to highlight the presence of Carter Roberts, CEO of the World Wildlife Fund, who has been a leader in guiding business toward a more sustainable future and whose chapter in the book, “A Better Planet,” calls for a new structure of corporate reporting and accountability for delivering a sustainable future.

What role can corporations play in advancing sustainability over the next 50 years?


Esty: I believe that moving society onto a sustainable future trajectory requires both behavioral change and broad-based innovation. The creative thinking and breakthroughs that I envision include — but must not be limited to — technology developments such as lower-cost renewable electricity. We also need innovation in finance for sustainable infrastructure — and an expanded flow of capital to renewable power, energy efficiency, and other sustainability-enhancing projects through Green Banks, Green Bonds, and other creative investment vehicles. Likewise, we must find new ways to engage the public in shifting their buying patterns toward more sustainable products and services. And we need new public-private partnerships that help every community, family, and organization in our society to become more sustainable.

Given this emphasis on new approaches to so many aspects of life as we know it, the business world will be critical in terms of the breadth and depth of innovation required. So, I see the role of business as a key to success in delivering a sustainable future — with great strides to be delivered in the next decade or two never mind over 50 years.