Gao Yufang ’14 M.E.Sc., a doctoral student at F&ES, this week received the 2018 Graduate School Public Scholar Award for his commitment to public service. 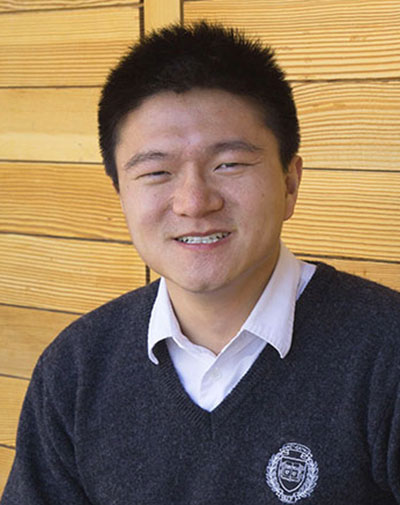 Gao Yufang
Gao, who is in the combined degree program between F&ES and Yale’s Department of Anthropology, was recognized for his interdisciplinary wildlife conservation research and practice.

His ongoing projects include research into the global illegal wildlife trade and human-wildlife coexistence on the Tibetan Plateau. His work has been published in high-impact journals and received extensive coverage in the U.S., Chinese and international media.

He has also been invited to speak at numerous events organized by the United Nations, international non-governmental organizations, and government agencies.

RELATED: Solving the Ivory Deadlock — An Interview with Gao Yufang

The Graduate School Public Scholar Award recognizes research and activism conducted by a Yale graduate student that engages and betters the world at large. Recipients are involved in activism, policy-making and/or public discourse based on their research, and their academic work is motivated by concern for public welfare and who engage in outreach to inform the greater public and to inform policymaking.

“I am honored and humbled to have been chosen for the Public Scholar Award knowing that there are many great students at Yale University who are making the world a better place by taking their academic research beyond the ivory tower,” Gao said. “I am grateful to many amazing professors, classmates, and friends who are always very supportive of my work. I look forward to continuing to do my best to support the global efforts to create harmonious coexistence between human and wildlife through my interdisciplinary studies.”

The award was presented by the Graduate School of Arts and Sciences during the 2018 Yale Commencement ceremony on May 21.