At Yale this month, dozens of leaders from across many professional sectors — including from government and industry, NGOs and academia — gathered to share their big ideas. During a two-day workshop, hosted by the F&ES-based Yale Environmental Dialogue (YED), they discussed their ideas and innovations and identified potential next steps to make them happen.

Some called for new strategies to incentivize green energy innovation and investment, or reimagined models of conservation. Some called for stronger local action on critical issues, such as allowing states to lead experimental models of wastewater “reuse.” Others made the case that the moment calls for global solutions — such as the creation of an international climate change “SWAT” team. 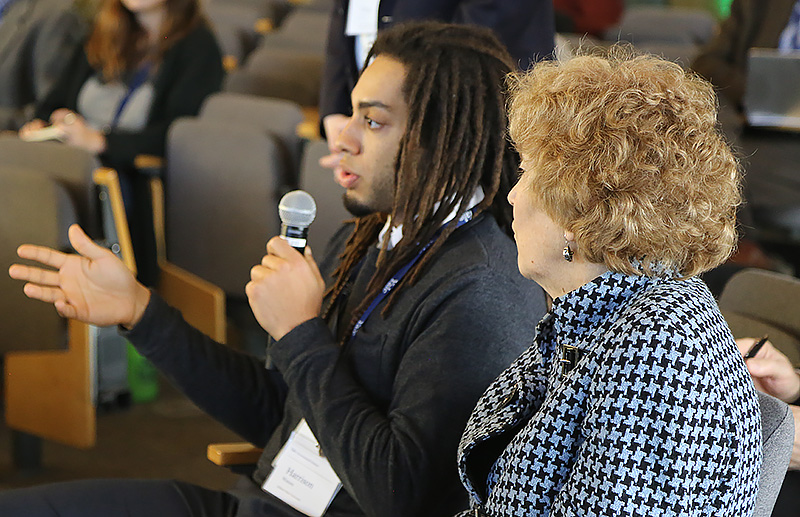 Photo by A.J. Hudson
Many agreed that confronting the existential threats facing society will require changing the “consciousness” of the American public. Indeed, again and again participants conceded that the failure to address environmental challenges, on so many levels, reflects a failure in communications. And so they called for new communications strategies that reach across generations and political ideologies — and that aim to inspire.

In his keynote address, William Reilly, who served as EPA chief under President George H.W. Bush, argued that achieving a sustainable future will require nothing less than telling a new American story. Or, rather, revisiting an old one.

Reilly cited the historian Jill Lepore, who has made the case that, beginning in the 1960s, a new generation of American historians diverted away from a common history of the U.S. As this shift in scholarship occurred, Reilly said, that national story was subsumed by a larger global story — or, by many smaller stories that dissected America’s “flaws and imperfections.” This trend, Reilly said, helped spawn the current rise in nationalism, victimization, and the “America First” sentiment.

Achieving meaningful change in the face of significant challenges, he said, will require telling a different story.

“America after all is a successful country,” he told a gathering in Kroon Hall. “And the determinants of its success is a story worth telling. We will need to know and believe in such a story if we are to rise to the challenges that climate change will soon present… There is a national story waiting to be told and the environment is central to that story.”

“It is a story of national ambition, harnessed to a vision for fishable and swimmable waters, blue skies and clean air, clean cars and Energy Star buildings, smoke free offices, bars and restaurants,” he added. 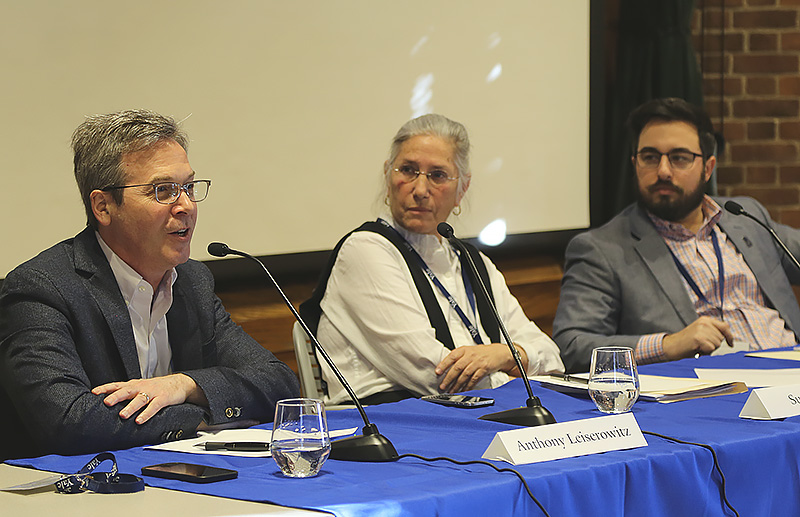 Photo by A.J. Hudson
It represented the first in what will be a series of forums, to be held across the U.S., during which a wide range of leaders will discuss solutions to the most complex and controversial environmental challenges, from the buildup of greenhouse gases in the atmosphere to the strain of population growth.

Although these challenges are daunting, human society has the intellectual expertise and technical capacity to address them, F&ES Dean Indy Burke told the gathering. “While there is a lot to be concerned about, it’s important to be inspired by the opportunity that we have,” she said. “That is exactly what we want to address with this initiative.”

Finding meaningful answers to these concerns will require overcoming differences in geography and discipline, generation and political ideology, organizers say. Indeed, first workshop included invited guests from across the U.S. and the world — from California to Appalachia, Puerto Rico to the UK — and a wide range of sectors. And they represented large law firms and small planning offices, and land banks in Appalachia and departments inside the United Nations.

The ideas they discussed — as well as some others that emerged during the workshop — will be featured in a book, “A Better Planet: Big Ideas for a Sustainable Future,” which will be published by Yale University Press.

Some of the proposals included: 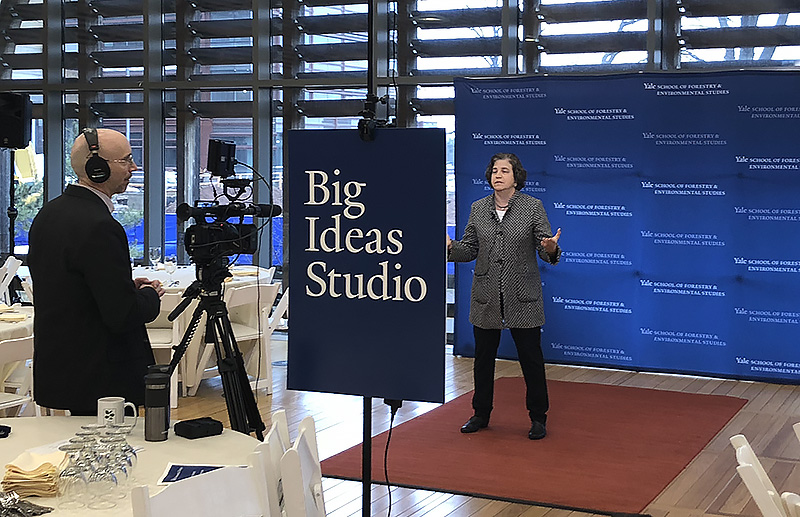 For all their promise, the ideas proposed by the authors prompted serious conversation and hard questions from the invited participants: How might stronger incentives for corporate sustainability be balanced against the demand for shareholder profits? What segments of society stand to benefit from innovations in energy technology? And how might proposed solutions be enacted at a scale necessary to achieve real change?

And they stoked new thoughts: Should discussions of improved communications strategies better incorporate the expertise of neuroscience and psychology? Will the push for transformative change require strategies that benefit those already thriving under the status quo? Will it require a wholly reimagined infrastructure for the environmental field itself — and the relationship between leaders and institutions?

“I think we did a remarkable job over a day and a half of bringing a number of the critical issues into sharper focus,” said Daniel Esty, the Hillhouse Professor of Law and Policy at Yale, who has helped lead the YED initiative, “In some cases [the discussions] generated more questions than answers — but all of it in the spirit of moving towards a more sustainable future.”