During 116th Commencement, F&ES Graduates Urged to Find ‘Their Game’ 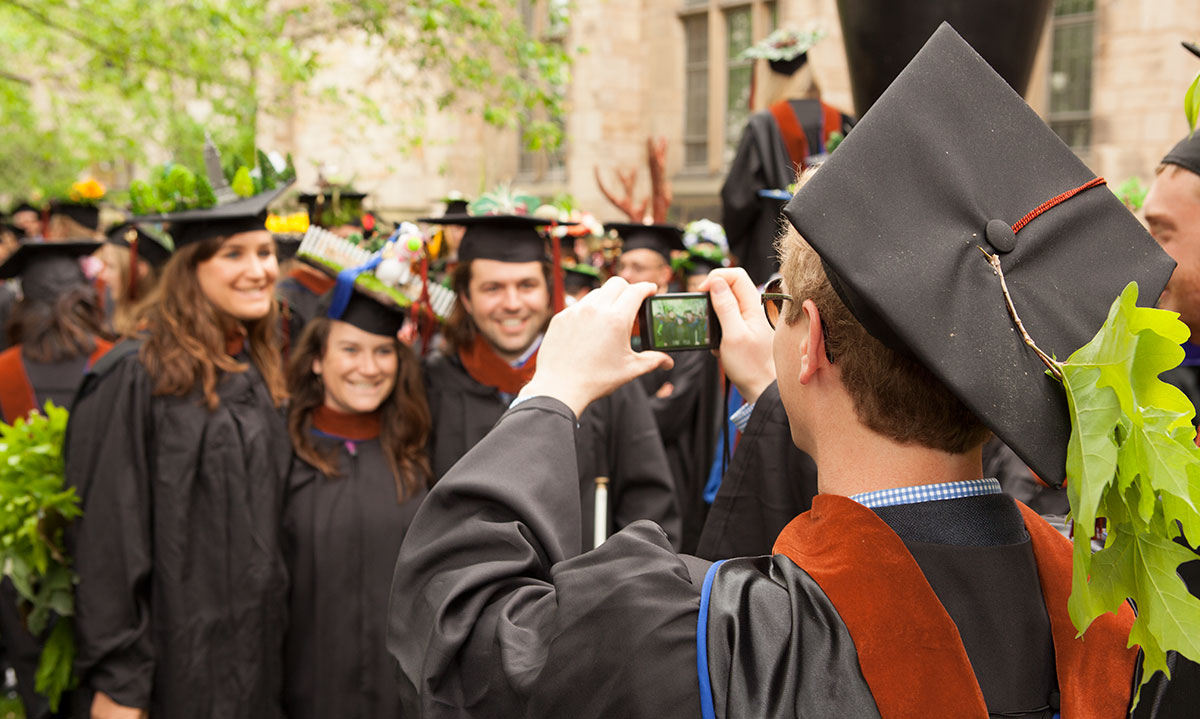 Photo by Matthew Garrett
On college campuses across the country commencement speakers are urging graduates to find their passions and to dedicate themselves to causes greater than themselves, Dean Indy Burke told F&ES graduates on Monday. And, they’re suggesting, graduates should continue to learn new skills so that they’ll be adaptive to a changing world.

But that’s not what F&ES students needed to hear right now, Burke said.

At this moment in U.S. history, Burke told the School’s 116th graduating class, there are more urgent concerns — particularly for those entering the environmental realm.

“I won’t talk with you about finding a life of meaning or about being lifelong learners,” said Burke, who is completing her first year as F&ES dean. “I want to talk with you about leadership. Because the world right now needs you more than ever as leaders.”

The graduates of the F&ES class of 2017, she said, have given her optimism in a time of political divisiveness and assaults on science. The class includes 144 masters students and 10 Ph.D.s who are poised to confront the many environmental challenges and crises facing the U.S. and the world, from sustainable forest management and food security to corporate sustainability and carbon finance. (The masters class includes seven Master of Forestry graduates, four Master of Forest Science, 107 Master of Environmental Management, and 26 Master of Environmental Science.)

“The sheer enormity of the capital you represent in intellect, knowledge, creativity, passion, energy, resourcefulness, and support for one another is immeasurable,” Burke said. “You, your class, and your predecessors will be leading for decades — far longer than one political term.”

Even in divisive political times, Burke said, she has found optimism in working with F&ES students who are channeling their intelligence, passion and energy to make a difference. But she also finds reason for optimism in the belief that humans are, on the balance, good and share some core common values. So while she conceded that many Americans support policies that don’t prioritize the environment, she implored the graduates to work with them, to identify those common values.

“We can’t afford to treat this large segment of citizens as though we’ll never agree,” she said. “As you work to achieve that optimism, think about diversity and what you know about diversity. Remember that we know that biological diversity is good for ecosystems. We know that ethnic and racial and gender diversity are good for organizations to be creative and successful. We know that portfolio diversity is good for our investment strategies to be stable and successful. And indeed engaging in diversity of perspectives about the environment is likely to lead us to a more sustainable environment.”

During the School’s commencement ceremony, held under a white tent that protected students and guests from a steady rainfall, the shadow of contemporary U.S. politics was also a steady presence.

In his remarks to his classmates, class speaker Niko Alexandre ’17 M.E.Sc. reflected on what he called the troubling social and environmental implications of last year’s election. He recalled the words of last year’s speaker, Adrien Salazar ’16 M.E.M., who told his classmates that they were living during a “clarion call moment,” urging them to work on behalf of the embattled natural world, displaced communities, and vulnerable children in polluted neighborhoods.

“We are all smarter and wiser than we were last year,” Alexandre said. “But our time here is wasted if it is only used to make ourselves more comfortable and to not take-on this call to action.”

He added: “As we go into this world and look for direction, I challenge you to use this immense privilege — the privilege of your education, of the ability to see what is happening around you — to keep fighting the hard fight. We have some tough choices ahead of us, and I know many of us yearn for the comfort of a steady job, of a reliable life. But to look away from what is happening around us and to keep resting on a system that has allowed us to get this far — often to the detriment of others — is no longer acceptable. If it ever really was.”

Jessica Leung ’17 M.E.M., also selected as class speaker by her peers, said one of her more valuable lessons in adapting to changing times was a lesson in improvisational theater. In improv, she said, there is no script; a performer has to be able to adjust to the changing direction of a performance, to find “the game.” When the performer agrees to engage in the new situation, they are saying, “Yes.”

It’s like life. In life, she said, the “game” is an individual’s purpose or passion. It is likely to change from time to time, particularly as the world changes. But the key is being able to pivot, and being willing to say, “yes.”

“When a scene alters all of a sudden, and you’ve lost your game, your purpose, saying yes allows you to pivot which can reveal new opportunities,” she said. “You’re in the environmental field, it’s supposed to be hard. And in the past year it’s been harder than ever. Your future, our future, has daunting challenges ahead.

“There is no promise of the outcome, but I can guarantee you this: when you have lost your game, and you feel anxious about what is ahead, you will always have this F&ES community to help you find your game again.” 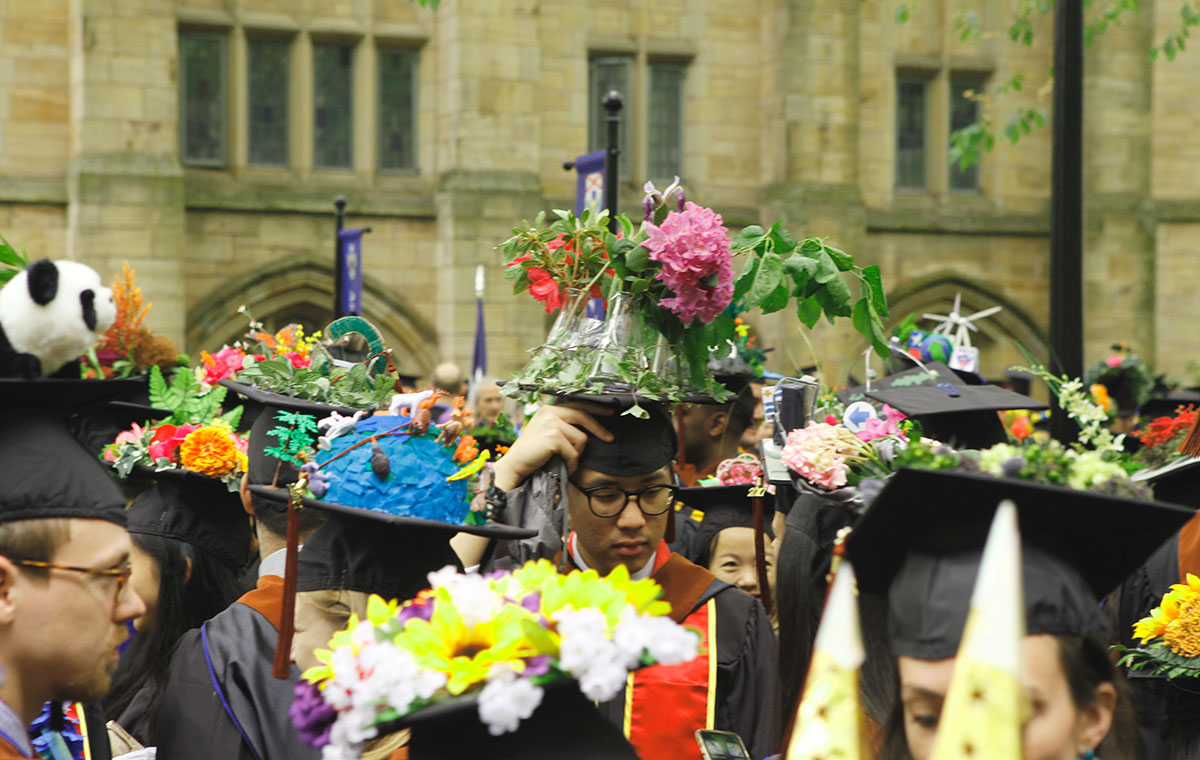 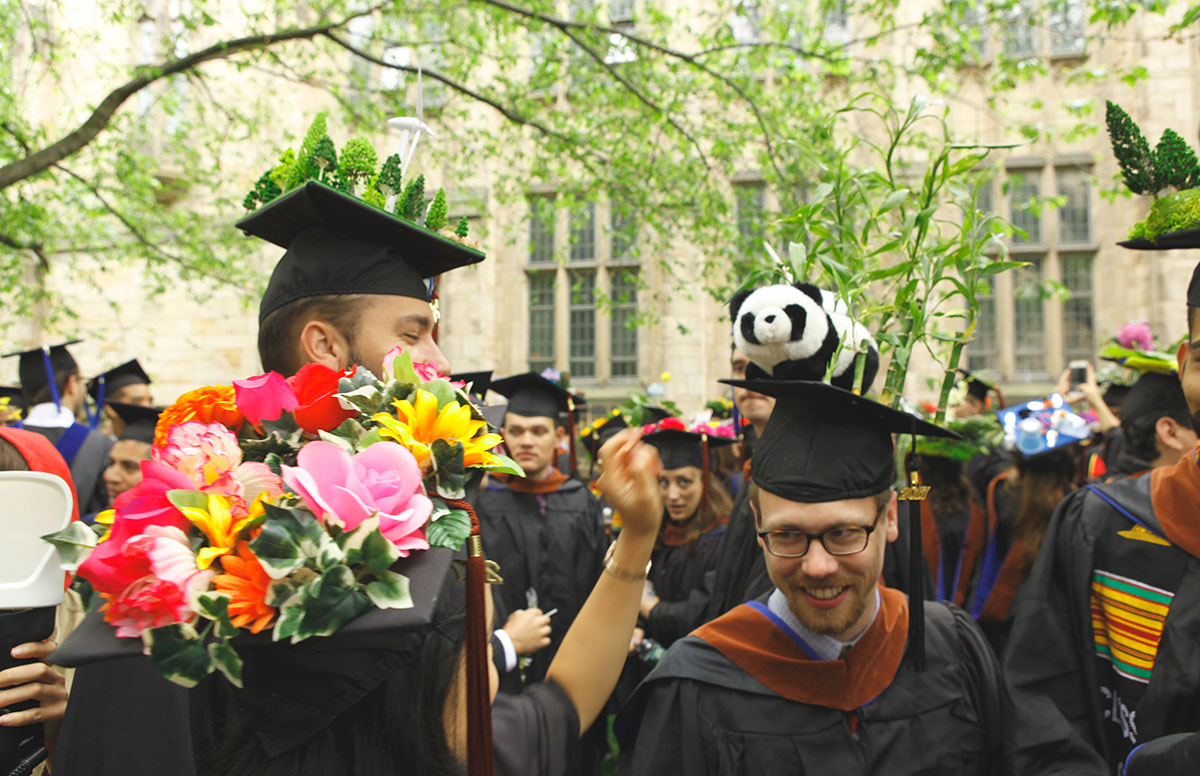 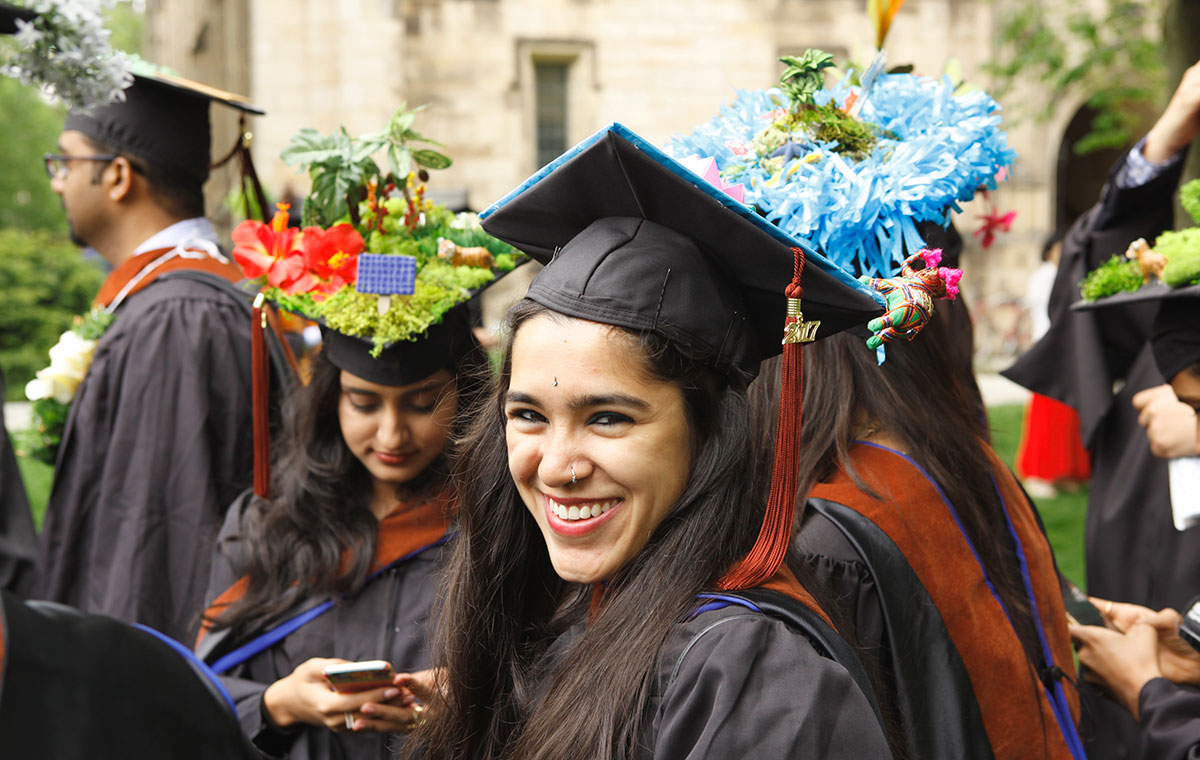 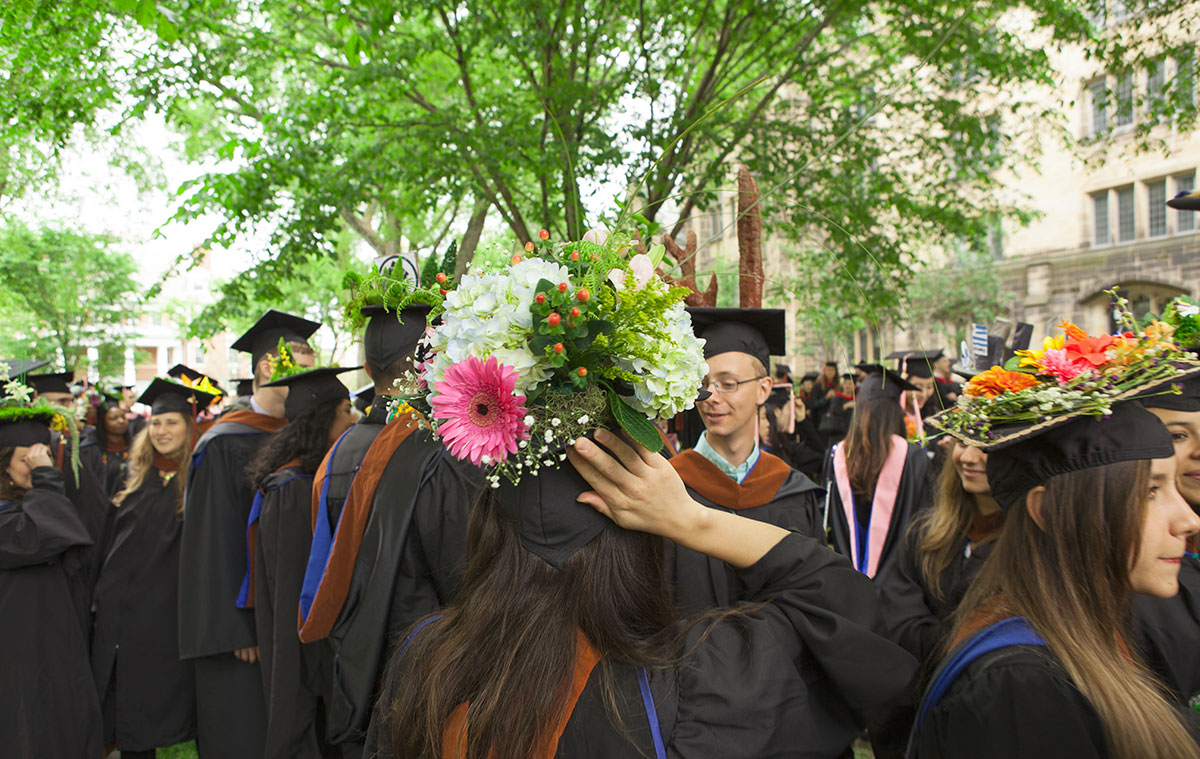