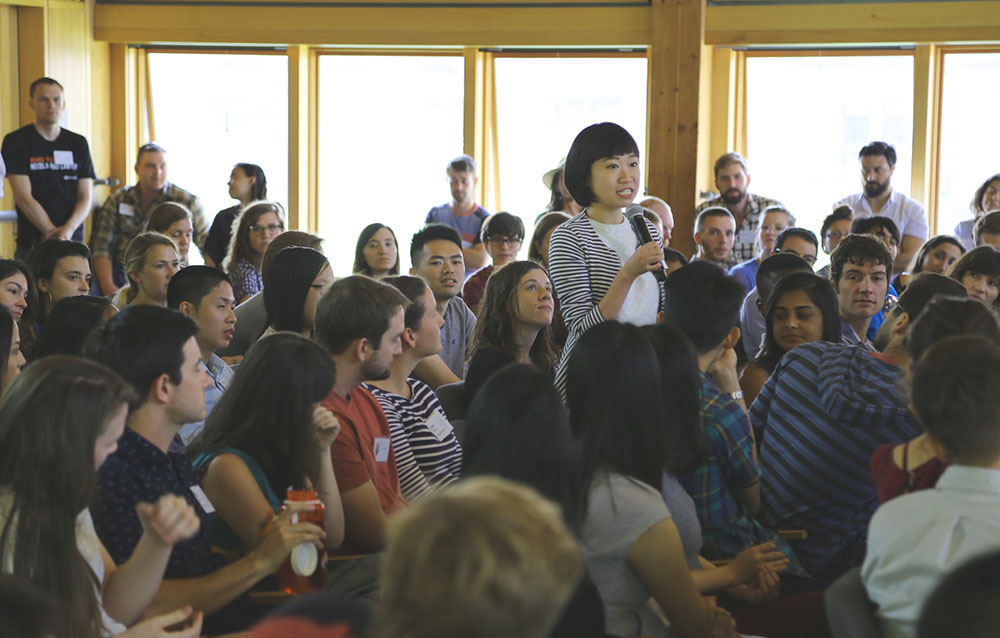 Matthew Garrett
Students introduce themselves at Kroon Hall during MODs. View a gallery of photos from MODs.

The incoming Master’s class of 2019, a group of 154 students from 28 countries, this week began classes at the Yale School of Forestry & Environmental Studies.

Twenty-seven percent of the students are from outside the U.S., compared with 22 percent of last year’s incoming class.

They include students from typically represented countries — including China, India, and Mexico — as well as individuals from nations that haven’t been represented in several years, such as Morocco, Madagascar, and Ukraine. Two Indonesian students are attending as part of a new forestry initiative sponsored by USAID and the Center for International Forestry Research.

Also, for the first time the F&ES class includes a U.S.-based student who will complete a new dual degree between Yale and Tsinghua University. The School had previously received two cohorts of students in the partnership but they had all been based at Tsinghua.

“We’re thrilled about the many levels of diversity we continue to see and the student interest in contributing unique perspectives to the FES community,” said Rebecca DeSalvo, Director of Enrollment Management & Diversity Initiatives.

The new group began classes after completing the School’s traditional summer modules, or MODs, the three-week orientation period when students learn skills critical to careers in environmental research, management, and policy — and become acquainted with one another. A cornerstone of the F&ES experience, MODs include fieldwork at the Yale Myers and Great Mountain forests and an urban ecosystem course conducted in the streets and green spaces of New Haven.

On Monday, the first day of academic orientation, F&ES Dean Indy Burke told the new students that although the nation and the world are changing in worrisome ways, at F&ES they will become a critical part of “a thoughtful, ambitious, secure and unshakeable community” that is committed to common values and common goals.

“We are characterized by our creativity, by our passion for a sustainable future, by our mutual respect for one another and diverse points of view,” she said.