YSE Class of 2023 Dives into Research and Analysis

This year’s incoming class of 137 master’s students at the Yale School of the Environment span six continents and 21 countries, including 29 U.S. states and territories.
By Geoffrey Giller ’14 MESc 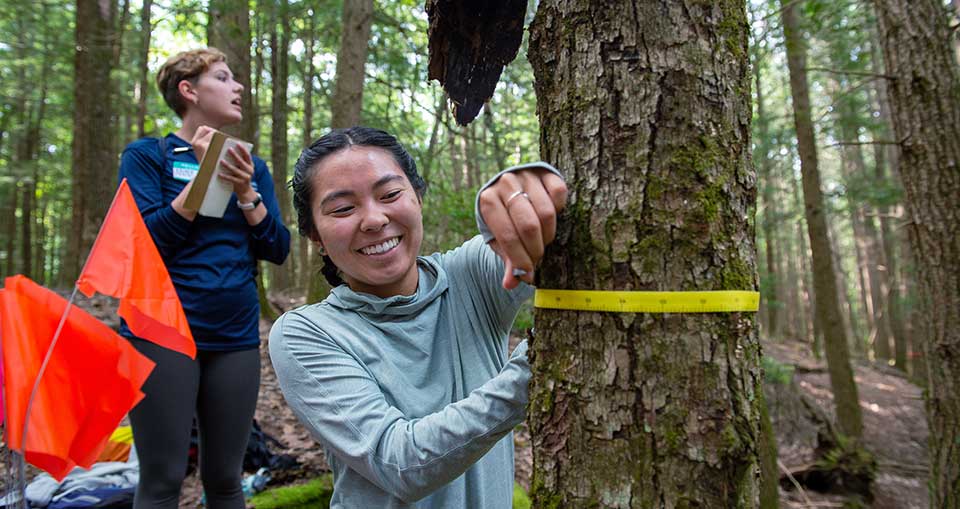 Photo: Cloe Poisson / @cloepoisson
Incoming master's degree students collect field data at Yale-Myers forest in northeast Connecticut as  part of YSE's MODs held this month.
Many of the students, who range in age from 21 to 35 with an average of 26, have worked professionally prior to coming to YSE, and 20 students have over 5 years of professional experience. And nearly a quarter (22 percent) of the U.S.-based students identify as students of color. 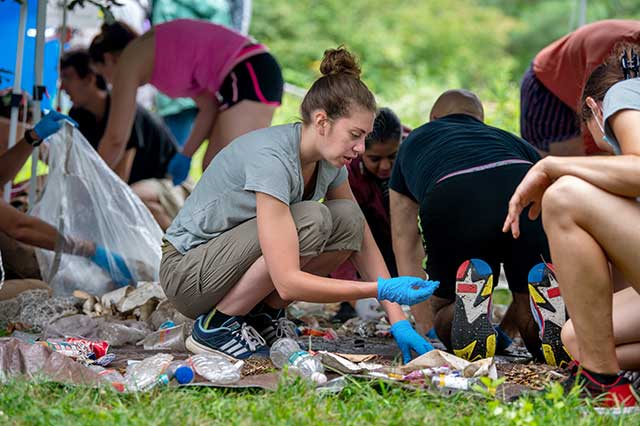 Photo: Cloe Poisson / @cloepoisson
As part of YSE's three-week MODs, incoming students learn about urban ecosystems in New Haven.
This week the incoming students attended the final week of MODs, a three-week program where they rotate through a variety of activites and workshops, including spending time at the Yale-Myers Forest in northeastern Connecticut learning about forest ecosystems and management, collecting field data and performing analyses.

YSE’s New Haven campus hosts the other two MODs: Urban Ecosystem Analysis, which focuses on learning about how ecosystems function in an urban setting; and, new this year, People and Pathways, which explores the integration of Yale within the larger New Haven community.

“What strikes me most is the comfort level the incoming class has with one another, their knowledge and their curiosity at the start of their YSE journey,” says Professor Mark Bradford, who helps oversee the Yale-Myers MOD. “Being comfortable with both our ignorance and knowledge, and putting it on the shared table, is how we are going to make progress on the most critical environmental issues."