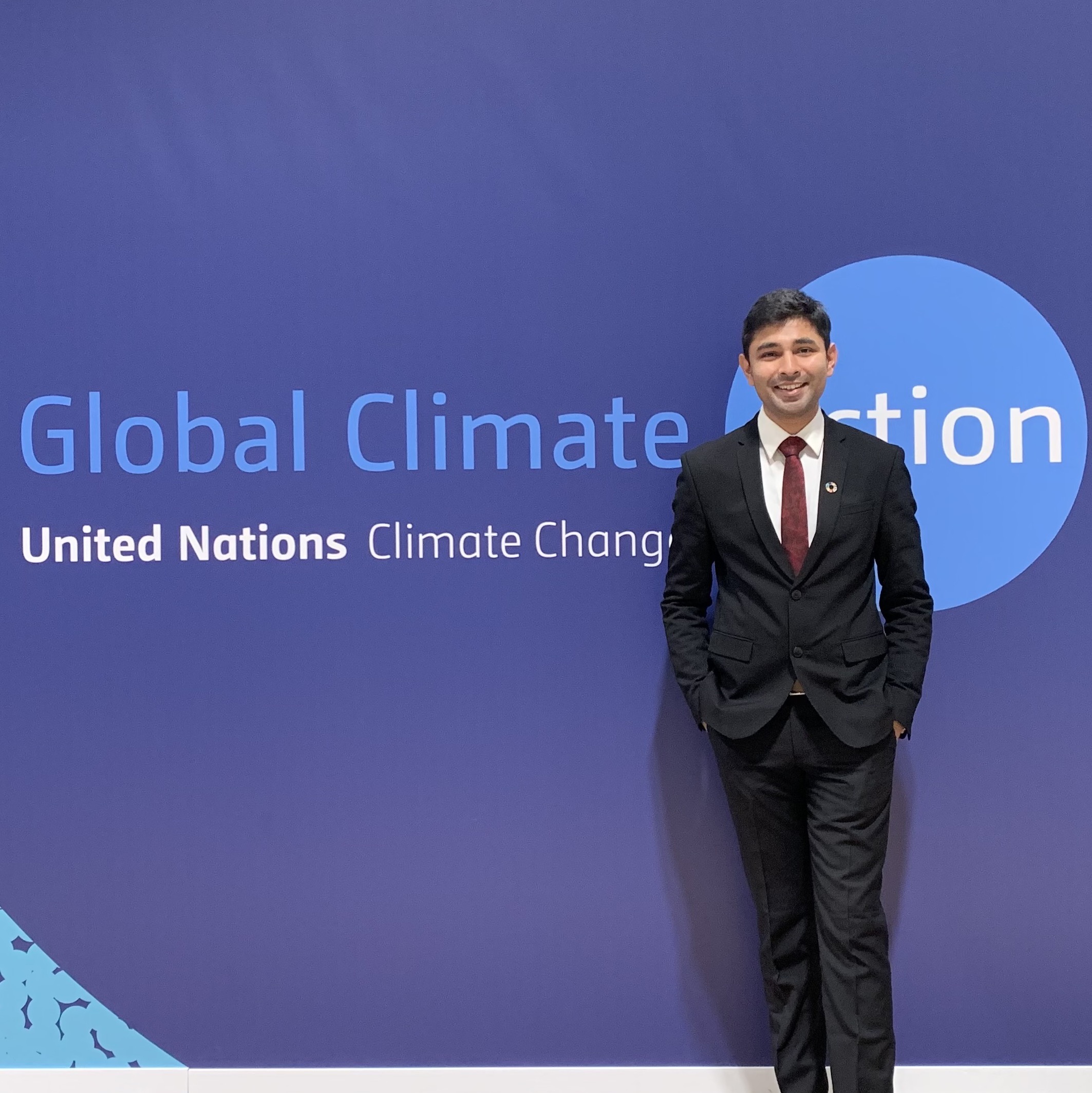 Bipul Mayank attended the 2019 United Nations' climate summit, COP25, in Madrid, Spain.
The Yale School of the Environment (YSE) has selected Bipul Mayank ’21 MEM as an Andrew Sabin International Environmental Fellow, which awards up to $40,000 of funding for his education and post-graduate service in the environmental sector.

Started in 2011 by the Andrew Sabin Family Foundation, the fellowship provides scholarship support for students from developing countries, and postgraduate awards to those students returning to their home countries and regions to pursue environmental careers. Each Fellow is eligible to receive tuition assistance of up to $20,000 and another $20,000 in post-graduation awards within 18 months of graduation.

Since its inception, more than 60 YSE students have received this fellowship, many of whom have since returned to their home countries to work on conservation, forestry, climate change, biodiversity, wildlife, and agricultural issues.

A native of the heavily forested Jharkhand province of India, Mayank witnessed large-scale deforestation and the loss of wildlife at an early age. He also witnessed inequity: Although Jharkhand holds an abundance of natural resources, the region has low economic growth and some of the highest poverty rates in the country. The people of Jharkhand have also felt the brunt of environmental degradation, with exposure to toxic mines and contaminated air and water.

All of this inspires Mayank to find multifaceted solutions at the intersection of science, business, and policy. “I am determined to find approaches for protection of the environment while supporting the economic prosperity of societies at lower levels of development,” he says.

Mayank says his ultimate goal is to climb the ranks within the Ministry of the Environment, from the state level in Jharkhand to the national level. He already sees ways that he can work with government organizations that oversee mining and forestry to invest in more sustainable practices, particularly clean energy and land conservation.

And it will all start where it began, in Jharkhand, which he sees as a “case study” for the world to follow.

“The state has enormous potential for becoming a hub for research in sustainable practices, ecotourism, and community engagement in conservation,” Mayank says. “I hope to make it a model than becomes a global case study, while adding to the economic growth of the local population.”