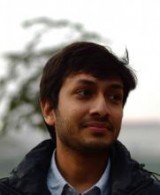 I am an interdisciplinary academic in the combined Department of Anthropology and School of the Environment doctoral program at Yale. I was initially trained in Literature, and received a BA and an MA in the subject from the Department of English at Jadavpur University in 2012. Later, I undertook the Young India Fellowship at Ashoka University.

In addition to my previous work within the academy in teaching and in research at the universities of Jadavpur (where I was a UPE Project Fellow) and Ashoka (where I worked with the Vice Chancellor on research and strategy while also teaching my own course to an undergraduate class), I also bring together experience from outside the academy through my work in government policy and implementation (with the Govt. of Himachal Pradesh), and in management consulting (with the Boston Consulting Group).

At Yale, my subject of study is water and the socio-political, historical and cultural aspects of water management in Indian cities. I am specifically interested in contemporary cities, and also seek to understand their colonial and pre-colonial pasts. I am also interested in language(s) and linguistics, and have published translations across classical and contemporary languages.