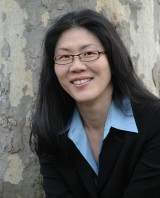 Karen Seto is the Frederick C. Hixon Professor of Geography and Urbanization Science. An urban and land change scientist, she is one of the world's leading experts on contemporary urbanization and global environmental change. Using a combination of field surveys, satellite data and numerical modeling, her research focus is how urbanization will affect the planet. She has pioneered methods to reconstruct urban land use with satellite imagery and has developed novel methods to forecast urban expansion. She has conducted urbanization research in China for twenty years and in India for more than ten. Her research has generated new knowledge on the links between urbanization and land use, food systems, biodiversity, and climate change.

Seto has served on numerous national and international scientific bodies. She is co-leading the urban mitigation chapter for the IPCC (UN Climate Change) 6th Assessment Report, currently underway, and co-lead the same chapter for the 2014 IPCC 5th Assessment Report. She was co-editor-in-chief of the journal, Global Environmental Change, from 2014 to 2020. Prior to joining Yale, she was faculty at Stanford, from 2000 to 2008, where she held joint appointments in the Woods Institute for the Environment and the School of Earth Sciences. She has received many awards for her scientific contributions, including the Outstanding Contributions to Remote Sensing Research Award from the American Association of Geographers. She was named a "Highly Cited Researcher" in 2018, 2019, and 2020 in recognition of her research papers having ranked in the top 1% of total citations across several fields. Seto is an elected member of the U.S. National Academy of Sciences and the Connecticut Academy of Science and Engineering, and a fellow of the American Association for the Advancement of Science. She earned a PhD in Geography from Boston University.