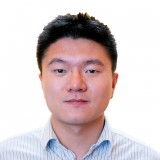 GAO Yufang is a Chinese conservationist dedicated to integrating knowledge and practice for harmonious human-wildlife coexistence on a healthy planet. He holds a B.S. in Biology from Peking University and an M.S. in Environmental Science from Yale University. He is currently pursuing a combined doctoral degree in conservation science and environmental anthropology at Yale.

Since 2008, GAO has participated in various conservation research and practice projects at local, national, and international scales. Before starting his Ph.D. program, he had worked with the Wildlife Conservation Society, Shanshui Conservation Center, Nyanpo Yutse Conservation Association, and Mount Qomolangma Snow Leopard Conservation Center on a variety of projects related to wildlife conservation on the Tibetan Plateau. Besides, He studied the China-Africa illegal trade in elephant ivory and played an active role in the global efforts to tackle the illicit wildlife trade. His work has appeared on National Geographic, The Washington Post, Scientific American, among other international and Chinese media.

He is a National Geographic Explorer, alumnus of the Conservation Leadership Programme, Wildlife Conservation Network scholar, Northern Rockies Conservation Cooperative research affiliate, and winner of the Marsh Award for Terrestrial Conservation Leadership. He is also the founder and director of China Conservation Support, a leadership program aiming to engage and empower early-career Chinese conservationists to promote "conservation edgewalkership" – the ability to work effectively across various biophysical, sociopolitical, and cultural boundaries for the common welfare of humans and nonhumans.

• January 2017, The New York Times, In Banning Ivory Trade, China Saw Benefits for Itself, Too.